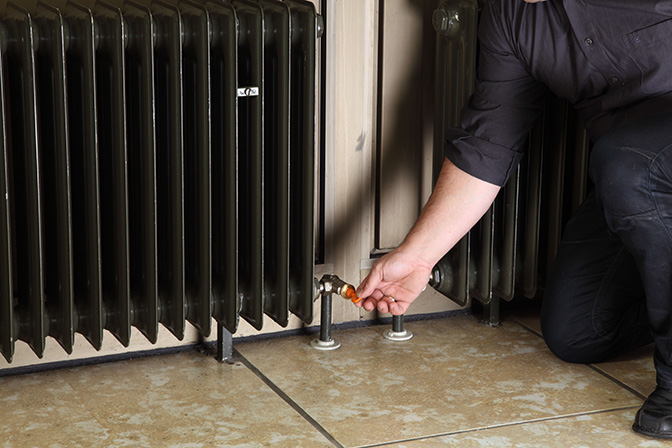 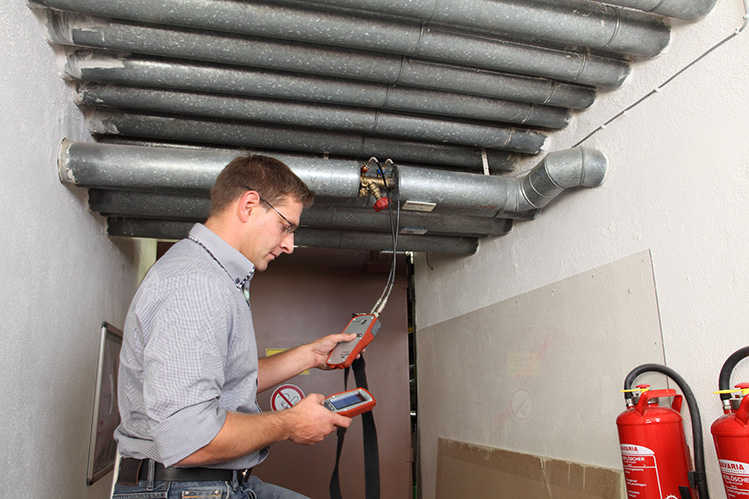 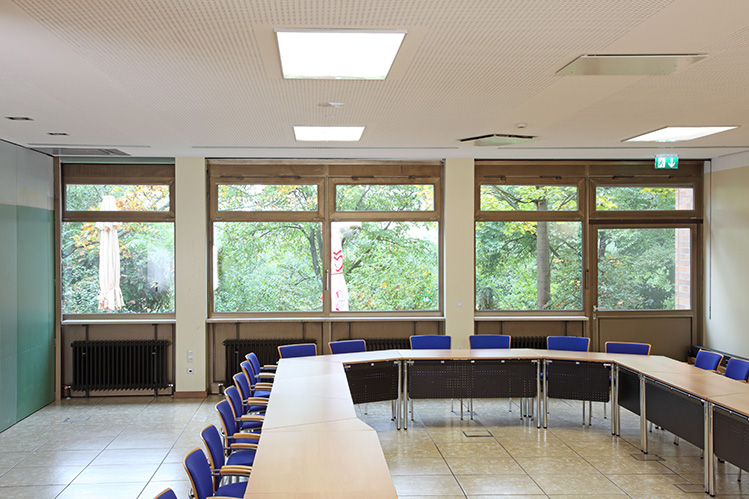 Constructed in 1977 in, the Schwandorf district office administration building is home to more than 300 employees and contains various assembly rooms, public areas and offices. It is responsible for the administration of one of the largest districts in Bavaria, Germany, comprising 33 municipalities and a population of more than 143,000. Built in a cross configuration with four wings, the technical infrastructure, housed in the basement, distributes heat through separate heating circuits.
The Schwandorf district offices had been experiencing difficulty with the hydronic balancing of its heating system since 1990. The building had been fitted with radiators that had manual radiator valves that could only be fully opened or fully closed, resulting in extremes of temperature from too hot to too cold. Problems continued after the energy-heavy source was switched to district heating and a building management system installed, impacting energy efficiency. After various unsuccessful attempts at balancing the system, officials engaged consulting engineers, Süss, to resolve the issues.

Süss discovered early that the building’s large complex pipe network was only partially documented, posing a key challenge for the project’s design parameters. Initial calculations showed that the high differential pressures in the system meant that even modern, pre-settable thermostatic valves could lead to noise. Without extensive structural work, a solution was not forthcoming.
Süss approached IMI Hydronic Engineering about its range of TRVs with integrated automatic flow control (AFC) technology as a possible solution for their challenges.

IMI Hydronic Engineering demonstrated that by installing an AFC valve on every radiator and setting the maximum flow, hydronic balancing could take place automatically throughout the heating system. In addition, the valve setting could be determined without knowing the exact system structure, thereby eliminating the need for complex calculations. Süss were so impressed with the technology and its benefits that they chose to incorporate it into the new design.
Unlike pre-settable thermostatic valves, which can be noisy with a differential pressure of just 20 kPa, the innovative new valves were designed for differential pressures of up to 60 kPa, allowing the consultant to achieve quiet operation – a requirement from the officials who had commissioned the project. By using the AFC thermostatic valves, installation of differential pressure controllers became unnecessary, saving the cost and inconvenience of major drilling and welding works.
To ensure the solution would work, and to test the new innovation, officials initially installed the AFC technology in just the eastern wing of the administration building. During the 2013/2014 heating season, the wing managed to achieve an optimum temperature differential for district heating in stark comparison to the other wings which showed high levels of inefficiencies.

Following the successful trial run in the eastern wing, the remaining heating circuits were equipped with AFC technology in 2014. Standard sizes and easier handling allowed the installation to be carried out quickly and without disruption to the office workers.
More than 650 thermostatic valves equipped with AFC technology were installed in the Schwandorf district offices in addition to IMI Hydronic Engineering lockshields and thermostatic heads: 50 tamper-proof B–heads and around 600 K-heads. Test measurements were carried out on the supply pipes, confirming that the flow was exactly as calculated.

“It was hard for us to believe that we could solve our decades-long hydronic problems and achieve an optimum differential temperature by simply installing these new valves without the need to calculate and adjust the entire system.”